I am a firm believer in pre-planning for the inevitable (No, pre-planning does not jinx you, neither does getting your will prepared).  Both pre-planning and preparing a will are different sides of the same coin, they are ways to help your loved ones when the time comes.

When the inevitable happens we are not ourselves, we are grief stricken.  We don’t think clearly and there are those who will use the opportunity to take advantage.

While most funeral homes are truly there to help you say goodbye, there are the bad apples just like anywhere else.  Those who will attempt to steer you into paying for the biggest spectacle ever seen outside of a circus tent and guess what?  Nine times out of ten they succeed by playing on your grief and making you feel guilty for not buying the most expensive of everything.  Pre-planning your own funeral protects your family from the few sharks out there.

Having a will works in much the same way.  You have your wishes planned out in black and white for the world to see.  Instead of people fighting over your possessions, you designate where they should go.  By doing so you prevent the family feud over who gets your silver etc.  You decide who raises your children rather than them becoming a ward of the state or being placed in the custody of someone other than who you wish to raise them.

Last but not least you can protect the assets you do have.  Many people say I don’t have anything but you would be surprised what you are really worth. Who would you rather have your assets when you pass on?  Your family or the state? In you don’t have a personally drafted will,  I guarantee that the state you live in has one for you and you won’t like it.

Don’t keep putting off this important part of protecting your family. Remember none of us knows how long we have, we are only promised right now.  LegalShield understands the importance of having a will, that is why we offer  standard wills to each of our members at no addition charge and annual updates to keep your will current.

November 2nd is not really observed in the U.S. except in ares where there is a large Hispanic population.  November 2nd is All Souls Day, better known in Mexico as Dia de los Muertos-Day of the Dead.

The Day of the Dead/All Souls Day, is a day to honor and remember those who have passed on.  Being today is the Day of the Dead, It is an appropriate day for me to honor and remember the dead in my own way.   By telling you about a practice that dishonors our departed loved ones.  It is called Ghosting and it is one of the first widely used forms of identity theft.  Ghosting is simply taking over the identity of someone who has died.

There was a time when governments did not document births or deaths.  It fell to families and churches to record this information through family bibles, baptismal records or church membership registries.  That meant that the information on births and deaths was only available locally.  Identity thieves only needed to worry about a few things to successfully ghost someone. They needed to be the same sex and race as the deceased and close to the same age.  All they had to do was go to a different location and establish themselves as the deceased.

When Government began to be more effective at recording vital statistics, Classic Ghosting became much harder.  Today it is almost impossible.  Ghosting still occurs today but in a different form.

Today ghosting is all about using the information of the deceased to commit financial identity theft or Social Security Identity Theft.  Yes we do have what is called the Death Master File to prevent it from happening but it can take years for the deceased to be added to the file.

A Well known victim of Modern Ghosting is the Late Nirvana front man, Kurt Cobain.  Kurt Cobain died in 1994 yet his social security number was allegedly used in 2007 to purchase a $3.2 million home in New Jersey.

Identity thieves will target anyone even our loved ones who have passed on.  When you lose someone you love, they can no longer protect themselves.  It is up to us to protect them.   or for us to take steps to protect ourselves before we pass on.  Talking to an attorney now about what you can  do as a part of your estate planning would be a good first step.

How many times have you ran into someone and asked this question to have them tell you about a major change in their lives?  Our circumstances can change drastically in the space of a few months.

We should all understand how important it is to have a will, but it is even more important to have a current will.  An outdated will can cause as much of a problem as no will at all.  A good example of the problems caused by an outdated will was seen with the Anna Nicole Smith estate.  She had a will but it was outdated.  She had not updated her will.  Her late son was listed as her beneficiary and her daughter was not even mentioned.  This meant a lot of legal haggling over who had custody of her daughter and would administer the estate on her daughter’s behalf.

We should update or at least evaluate our will annually.  We should also update our wills when our circumstances change.  Somethings that should make you update your will: 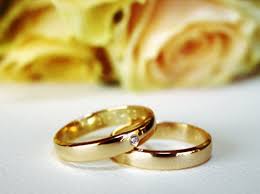 1.  You have gotten married, divorced or ended a relationship with your significant other. 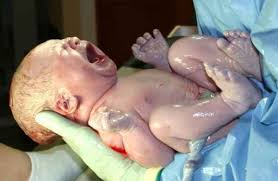 2. You have a new child or grandchild in your family whether through birth or adoption. 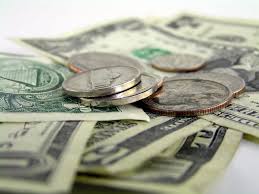 3.  You have come into a large sum of money through inheritance or some form of settlement.

4. You have purchased a big ticket item such as a home, a car or boat. 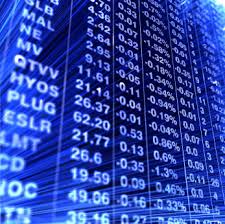 5.  You have made new investments whether they are in the stock market, a business or real estate. 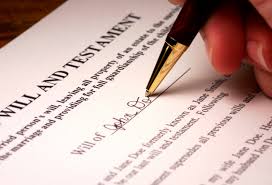 These are by no means the only reasons you should update your will.  There are any number of individuals reasons to do so.  But you get the idea, your will should reflect your current circumstances.  Having a will is smart, having an updated current will is brilliant.

Statics say that 7 out of 10 Americans don’t have  will in place, the reality is that 10 out of 10 of us will need one eventually. 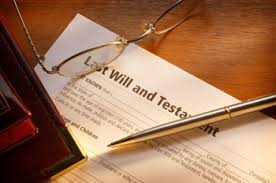 We all have different reasons for why we don’t have a will in place.  It costs too much and we need to spend the money on more important things.  Nothing I own is valuable.  I don’t want to think about dying.

All of us at some point are going to die.  We hope it will be a long way off but we never know when our time is up.  Death is not something reserved for the elderly, it touches all of us no matter the age group we are in.  Accidents, illness. catastrophy and natural disasters have no respect for age.  They will take anyone no matter how young or how old.  This is why we need to have a will in place, to make sure that our wishes are followed and our loved ones are protected from further drama.

For younger people a will can be even more important when it comes to your children.  What if, God forbid an accident claims both parents?  Who will your children be raised by? A sibling? Which set of grandparents? Who would you want them to go to? A will can settle this question.

It can be even more complicated in a blended family.   When you have divorced and remarried.  Your children have been raised in an environment where your spouse is the parent and now you have a biological parent in the equation.  Do you want your child uprooted  and taken out of a familiar environment at a time when they are already traumatized by the death of a parent?

These are issues that a Last Will and Testament can address.  Your wishes are recorded to guide those left behind.   Cost should not prevent anyone from protecting loved ones who remain behind.

I am a LegalShield Independent Associate, CITRMS, and Police Dispatcher (Ret) . I am also proud to have served in the US Army. My goal is to educate people about the many issues that we face on a daily basis and offer you a solution.